Home » REGIONS » Kouga » Wahlenbergia albens, witmuistepelkaroo
Back to Category Overview
Total images in all categories: 11,544
Total number of hits on all images: 6,625,912 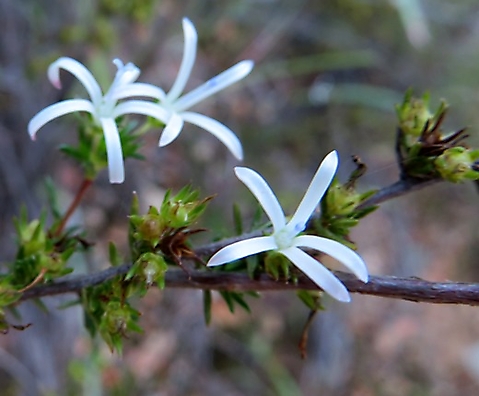 Wahlenbergia albens seen here in the Kouga, is also found widespread further to the west and the north, as far as the Free State and Namaqualand.

This plant could easily be mixed up with some of the other shrubby, narrow-petalled Wahlenbergia species, of which there are about 150 in southern Africa and 60 in the fynbos.

The story of the witmuistepelkaroo Afrikaans name of the plant has been told in the Wahlenbergia genus Album elsewhere on this website (Bond and Goldblatt, 1984; iNaturalist; http://worldfloraonline.org).