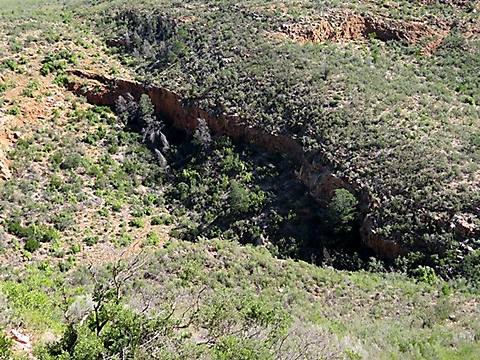 The rolling hills extend far along the lower reaches of the Kouga Mountains, occasionally interrupted by red rock cliffs where the vegetation changes. The same bushes that manage only 1 m on the upper slopes are double the size in the deeper soil below; shelter and moisture facilitating enhancement.

Crassula, Cotyledon, Aloe, other succulents, some grasses and small shrubs succeed in rock niches without hiding the cliff faces. Steepness of slope, sun and shade patterns, together with soil and moisture variation, bring surprising opportunities for the rarer plants of the region to perform. And some years later to be succeeded by something else in the same spot.

Without record or memory history is absent or hiding. Plant presence alters continually in a blur of kaleidoscopic semblances produced by the fast forward possible in imagination. The land belongs to all that live here and change position like actors on a stage.