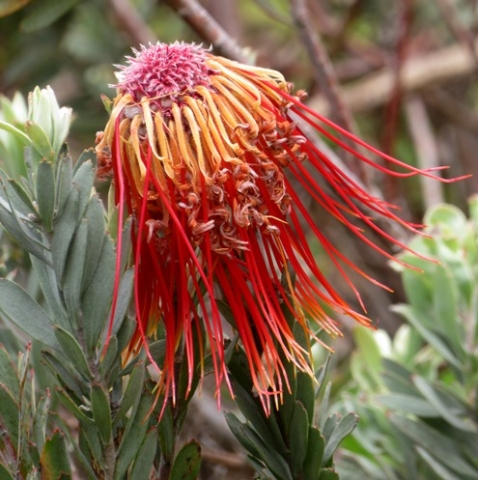 The old, open Leucospermum reflexum var. reflexum flowerhead gave the plant its common name of rocket pincushion. The reflexed red styles are thought to resemble the fire that follows a launched rocket.

Each flowerhead blooms for a short period, about a week, but large numbers on each shrub in season and quick succession of flowerheads make up for that, keeping the show impressive. The plant is well established in horticulture (Manning, 2009; Bond and Goldblatt, 1984; http://pza.sanbi.org).