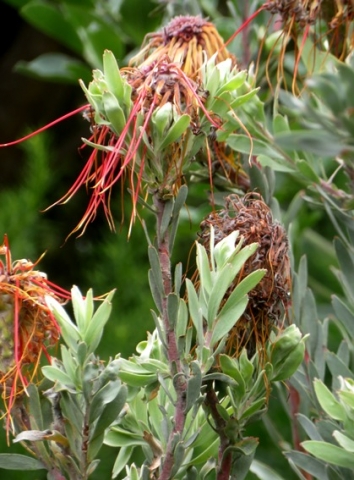 When bloomdays are done, pale green-grey to whitish leaves sprout on new branches at Leucospermum reflexum var. reflexum stem-tips. They contrast against the blue-grey or grey of the old leaves. There is no contrast in leaf stance: they all ascend on the stems around the devasted heads where fruiting happens imperceptibly.