Home » PARKS AND GARDENS » Quiver Tree Forest » End game
Back to Category Overview
Total images in all categories: 12,086
Total number of hits on all images: 7,387,191 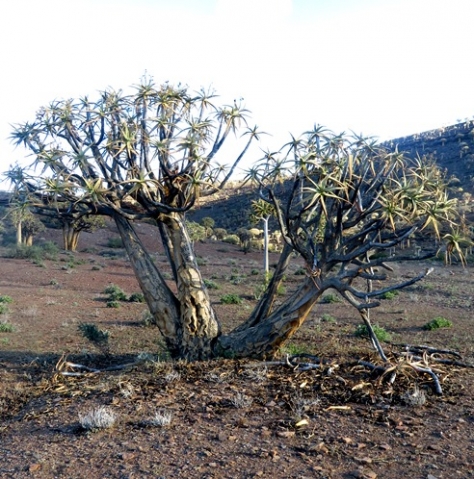 Every species recognises its elderly by the unmistakable signs of the receding juices that had sustained vigour before.

Embarrassment accumulates on the ground in plentiful discarded parts, glaringly absent from the feet of the neat young ones around. Determination never ceases during life. Some days, months or years will still be shared with offspring and comrades.