Home » GENERA T-Z » Wurmbea » Wurmbea variabilis
Back to Category Overview
Total images in all categories: 11,506
Total number of hits on all images: 6,488,612 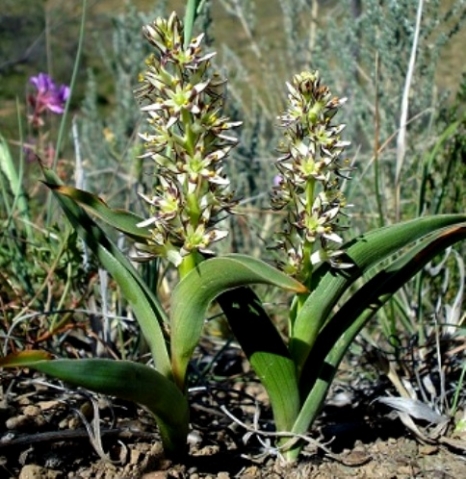 Wurmbea variabilis belongs to a genus of 40 cormous perennials in the Colchicaceae family. They are often unpleasantly scented. Those that do attract flies as pollinators. W. variabilis is one of the foetid ones.

W. variabilis reaches a height of up to 20 cm when in flower, although some plants manage only 3 cm. There are a few broad and channelled, lance-shaped leaves. The leaves grow erectly from the base and higher up along the flower stalk, clasping it and curving outwards.

It grows on sandy flats of the winter rainfall area of the Western Cape and southern Namaqualand, but also a little into the Eastern Cape. This plant was spotted in the Little Karoo near Oudtshoorn. The species is not considered to be threatened in its habitat early in the twenty first century (Bond and Goldblatt, 1984; Vlok and Schutte-Vlok, 2010; www.pacificbulbsociety.org; http://redlist.sanbi.org).