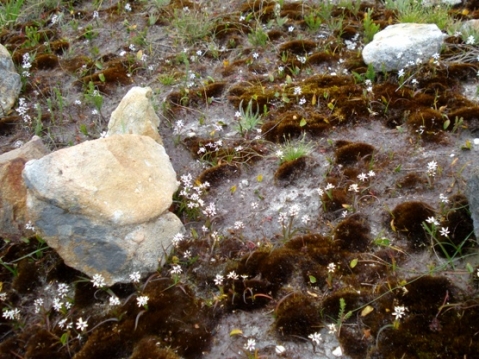 This stand of Wurmbea stricta was seen in Bainskloof during October. The habitat of this species is marshy land or living directly in seasonal (winter) rainwater pools.

The corms are deep-seated, typically in clayey soil. They are irregularly shaped and covered in dark membranous tunics.

Much seed is produced in the narrowly ovoid fruit capsules positioned erectly along the stem, often allowing the species to produce large stands where conditions are favourable (Manning, 2007; iSpot; www.plantzafrica.com).