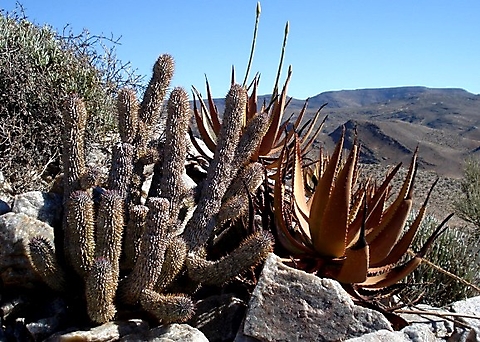 Previous
Image 1 of 24
Next

Bright yellow, bell-shaped flowers appear in profusion in clusters on the upper stem parts when conditions allow. The flowers are about 18 mm in diameter.

The species is found in a small distribution along both sides of the Gariep River in the Richtersveld of the Northern Cape and in Namibia.

Its habitat is montane slopes among rocks in arid winter rainfall conditions. The plant is not considered to be threatened in its habitat early in the twenty first century (Frandsen, 2017; Williamson, 2010; http://redlist.sanbi.org).