Home » REGIONS » Namaqualand » Pterygodium crispum
Back to Category Overview
Total images in all categories: 11,894
Total number of hits on all images: 7,136,484 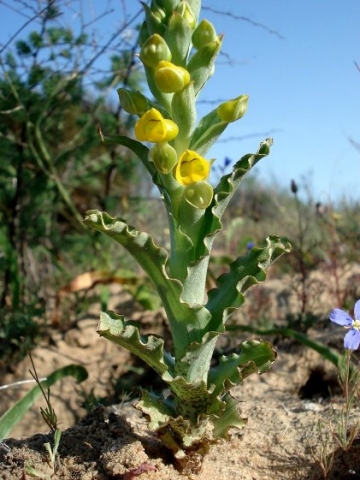 Pterygodium crispum was until probably 2015 classified in the Corycium genus of the orchid family, as Corycium crispum.

Flower colours include a deep orange yellow as well as pale lemon yellow. The fragrant flowers are visited by several oil-collecting bee species of the Rediviva genus.

The plant grows in arid montane as well as the southwestern strandveld conditions. It is adapted in both Namaqualand scrub and fynbos of the southern Cape (Liltved and Johnson, 2012; Le Roux, et al, 2005).