Home » TYPES » Herbs » Schistostephium crataegifolium
Back to Category Overview
Total images in all categories: 11,538
Total number of hits on all images: 6,618,463 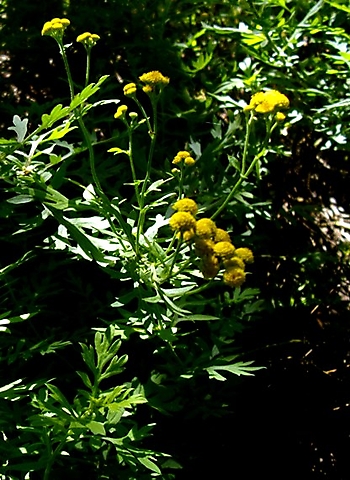 Schistostephium crataegifolium, commonly the golden flat-flower and in Afrikaans bergkruie (mountain herbs), is a tufted perennial growing from a spreading, woody rootstock reaching heights from 30 cm to 90 cm.

The species distribution is in the eastern parts of South Africa and in tropical Africa. The habitat is grassy slopes, often seasonally moist, in stony terrain and on rocky outcrops to elevations near 2000 m. The species is not considered to be threatened in its habitat early in the twenty first century.

The plant is used medicinally by indigenous people in dealing with digestion, sore eyes and chest pains. This range of applications is dramatically increased when the plant also serves some as a charm for diverting hail clouds (Pooley, 1998; Van Wyk and Malan, 1997; iNaturalist; http://redlist.sanbi.org).