Home » TYPES » Herbs » Schistostephium crataegifolium flowerheads
Back to Category Overview
Total images in all categories: 11,538
Total number of hits on all images: 6,617,299 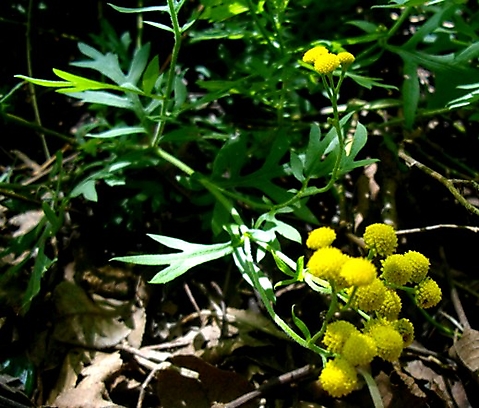 The leaves of Schistostephium crataegifolium are pointedly lobed, sometimes cut deeply, the lowest ones stipule-like. The margins are entire or toothed, sometimes bristle-tipped. The leaves are about 4,5 cm long and 3 cm wide.

S. heptalobum, which does not occur in South Africa according to SANBI, was at the time of writing sunken into this species by iNaturalist. Expect some differences, now to be considered as intraspecies variability.

Up to 30 yellow flowerheads grow in nearly flat, corymb-shaped clusters at stem-tips on long peduncles, no ray florets being present. The dome-shaped flowerhead is about 1 cm in diameter. The involucre is rounded, its bracts growing in several rows. The outer florets of the disciform heads are female, the corollas tubular throughout.

Flowering happens from summer to after mid-autumn (Pooley, 1998; Van Wyk and Malan, 1997; iNaturalist).