Home » GENERA I-L » Ixia » Ixia rapunculoides inflorescence, a spike
Back to Category Overview
Total images in all categories: 10,365
Total number of hits on all images: 5,068,120 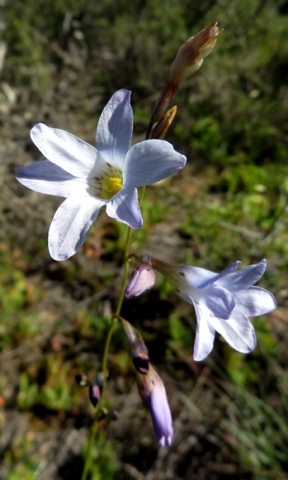 In some cases, there are pairs of flowers emerging at one point, opening in sequence. Although spiralling around the stem, these prefer one side in secund style, twisting around for sun, more likely than for the camera (Manning, 2007; Manning and Goldblatt, 1997; Eliovson, 1990; iNaturalist; JSTOR).