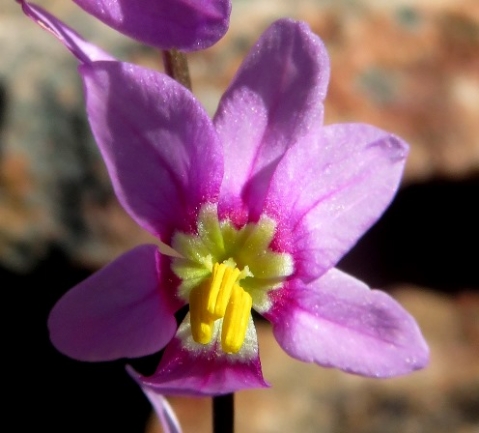 The flower of Ixia scillaris subsp. latifolia has two whorls of three spreading tepals each; the much-repeated floral structure of monocots related to the lilies.

Flower colour of this subspecies is pink to magenta, sometimes white or mauve. There is slightly darker red-purple pigment in a ring on the tepals in picture around the angular greenish white eye in the centre of the corolla.

The tube formed by the tepal bases is slender to thread-like and short. The ovate tepals spread to a diameter of 2 cm, their tips mainly variously rounded (Manning, 2007; Le Roux, et al, 2005; Manning and Goldblatt, 1996; Eliovson, 1990; iNaturalist).