Home » PARKS AND GARDENS » Mapungubwe National Park » Living on the high ground
Back to Category Overview
Total images in all categories: 12,061
Total number of hits on all images: 7,359,566

Living on the high ground 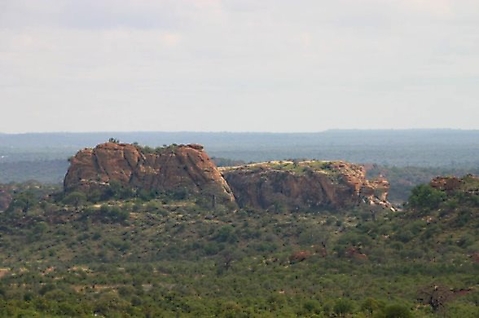 Previous
Image 7 of 17
Next

On flat-topped hills similar to these in the Mapungubwe National Park the mainly stone remains of an ancient indigenous tribe and civilisation intrigue scientists and others. They include iron age burial sites, an eleventh century stone fort and other relics near the confluence of the Limpopo and the Shashe rivers in the far north of South Africa; currently protected and studied.

The Bakalanga, a cattle farming, gold and ivory trading people lived here for nearly 150 years, a significant kingdom existing for nearly 80 years. It was led by a venerated ruling class, elevated socially and physically above commoners by living in and on the hills.

The King of Mapungubwe was at some time a sacred being. Wives of the elite had separate quarters, while the common citizens resided near their cattle kraals on the lowland. Upper-class deceased were buried with glass beads, some with gold artefacts, queens sometimes with golden bangles and beads. Finds include ceramic and other metallic relics. The Mapungubwe gold and ivory trade may have extended to China, India and Egypt.

Mapungubwe was the name of the capital of the Kingdom, possibly meaning something like place of the jackals or where the jackals eat. The Kingdom ended abruptly around 1220, thought to be a forerunner of the Kingdom of Zimbabwe. South African parts of Mapungubwe today include a nature reserve, a private game reserve and a conservancy, while more of it lies in Botswana and Zimbabwe.

Before Mapungubwe a Khoi tribe resided here, remains of their culture associated with one or more of the hills. About 210 million years ago a particular dinosaur occupied this land. More resident surprises may follow in times to come if there is anyone around to update the list. And who knows what may have happened here in the many and long intervening gaps about which history is silent?

Recent tribes have shunned these hills, narrative spawned from the relics sprouted taboos and constraining ancestral fantasies. People are addicted to narratives, weaving tapestries of it interspersed with strands of history. Rediscovery of factual bits of proof happened in the modern era, a window into the past opened on the Greefswald farm by a local farmer in 1932. This started archaeological and related work, still ongoing.

In the previous century the botanist, Pole Evans, focused on agricultural research in the area. This culminated in the Prime Minister, General Smuts, reserving some farms for a nature reserve, earmarked to become the Dongola Botanical Reserve. An ambitious plan involving 124 farms to create the Dongola Wild Life Sanctuary grew at the time of World War II. Nothing came of it after the political change of 1948.

There is a Mapungubwe Museum in Pretoria, staff and students of the University of Pretoria having done much. The Greater Mapungubwe Transfrontier Conservation Area exists early in the twenty first century, still more notional than real. Mapungubwe was declared a World Heritage Site by UNESCO in July 2003.

History has much today on a short interval of human existence, during which people lean heavily upon nature. It has comparatively little on the many millennia of earlier ancestral living, when nature leaned heavily on the fewer people of the times.

Hunter-gatherer existence is summarised as Adam and Eve before the apple, i.e. bliss in Eden before the sweat of brows arrived with agriculture (Wikipedia; www.sahistory.org.za).