Home » TYPES » Herbs » Bolandia pinnatifida first florets
Back to Category Overview
Total images in all categories: 11,104
Total number of hits on all images: 5,771,784 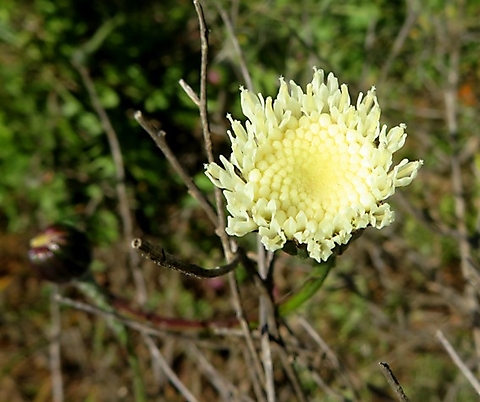 First Bolandia pinnatifida florets to open are those along the perimeter of the flowerhead’s disc. At this stage this central disc is still flat, even concave, the underdeveloped buds in the middle still hard see clearly here. The biggest bud dots are the ones next to the open florets, ready as the next to burst.

The five open floret lobes are erect to slightly angled out, tapering to pointed tips. They curve in slightly to the lobe tips, while their margins flare out laterally. Underdeveloped white stamens are visible over the open florets (Bond and Goldblatt, 1984; iNaturalist).