Home » GENERA T-Z » Zaluzianskya » Zaluzianskya violacea flowers
Back to Category Overview
Total images in all categories: 11,411
Total number of hits on all images: 6,178,542 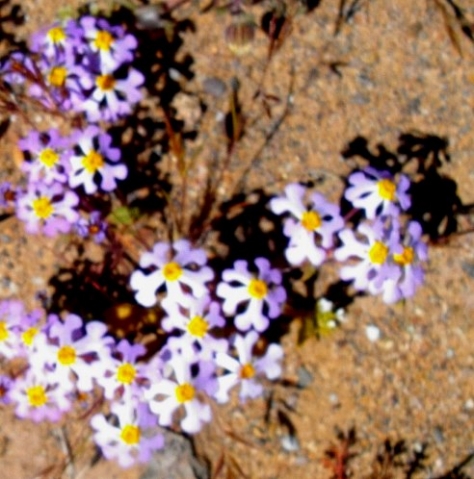 The flowers of Zaluzianskya violacea grow in short spikes. The five petals are shaped oblong at the base, roundly bulging to the sides at the tip with a notable notch in the centre. The tube below the lobes is reddish purple.

The corolla lobes on top are pale mauve or pink to nearly white. The flower mouth is yellow with red or purple star-shaped markings around it on the lobe bases. The corolla tube is 1 cm to 2.3 cm long, the lobes spreading to 1 cm in diameter. There are four stamens in unequal pairs.