Home » GENERA T-Z » Zaluzianskya » Zaluzianskya capensis
Back to Category Overview
Total images in all categories: 11,411
Total number of hits on all images: 6,178,535 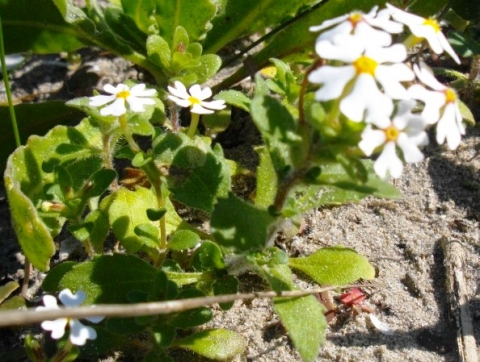 Z. capensis flowers grow in clusters at the stem-tips. The showy white petals form a long, thin corolla tube. The five petal lobes end in a broad, notched tip. The flower centre is yellow, the stamens in two unequal pairs. The buds resemble maroon drumsticks before opening leading to the common name of drumsticks.

The plant grows on dunes and coastal areas and lower slopes of hills from Namaqualand to the Eastern Cape. The species is not considered to be threatened in its habitat early in the twenty first century (http://redlist.sanbi.org).