Home » GENERA T-Z » Zaluzianskya » Zaluzianskya affinis branched
Back to Category Overview
Total images in all categories: 11,411
Total number of hits on all images: 6,178,299 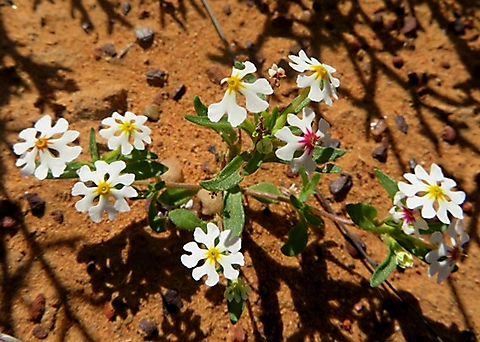 Previous
Image 2 of 22
Next

Some Zaluzianskya affinis herbs become bigger by finding the time and resources to branch or branch more within the limits of their single growing season.

This is the challenge of many short-lived annuals. In a prosperous season these plants form “immense mats of flowers”, close to the sandy flats of for instance the Namaqua National Park, as described by Grenier.