Home » GENERA T-Z » Zaluzianskya » Zaluzianskya capensis at Vermont
Back to Category Overview
Total images in all categories: 11,276
Total number of hits on all images: 5,987,956 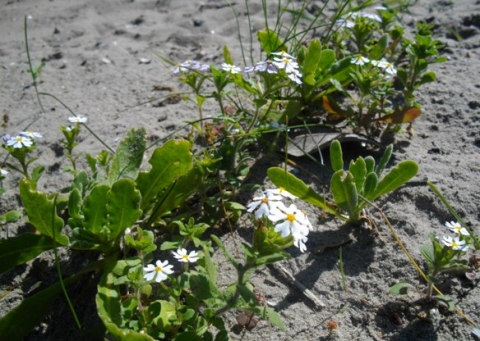 There are similar species of Zaluzianskya with white flowers (notably Z. dentata, Z. maritima, Z. gilioides and some further species with yellow, cream, pink, orange and mauve ones as well), growing in the Northern, Western and Eastern Cape.

Whilst the leaves shown here are obovate with entire margin, they may also be lanceolate and serrated (Bean and Johns, 2005; Gledhill, 1981).