Home » GENERA T-Z » Zaluzianskya » Zaluzianskya benthamiana flowers
Back to Category Overview
Total images in all categories: 11,276
Total number of hits on all images: 5,987,949 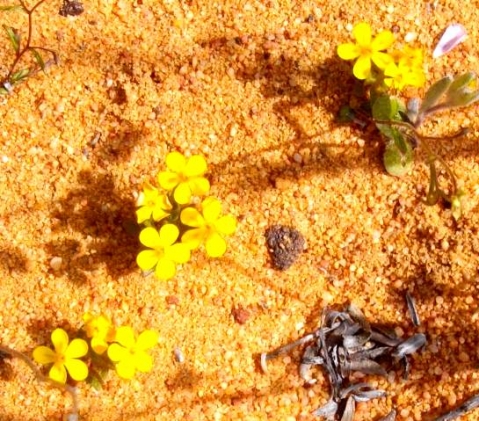 Previous
Image 7 of 22
Next

The cream or yellow flowers of Zaluzianskya benthamiana grow in short spikes near stem-tips. They are tubular, the tubes up to 2 cm long. There are five radially symmetric, spreading corolla lobes, obovate in shape with rounded tips. Small orange marks are sometimes seen on each lobe, not on the flowers in picture. Flower diameter is about 5 mm.

Flowering happens in winter and spring. The photo was taken at Kagga Kamma in September.