Home » GENERA G-H » Glottiphyllum » Glottiphyllum fergusoniae
Back to Category Overview
Total images in all categories: 11,506
Total number of hits on all images: 6,483,478 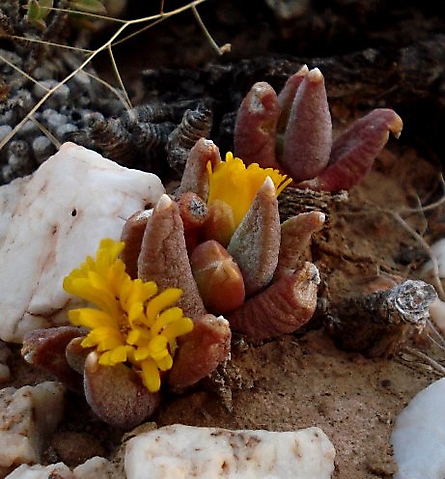 The species is range restricted, distributed in the west of the Little Karoo from the Bellair Dam south of the Anysberg and east of Montagu to near Barrydale.

The plants are found in succulent Karoo in clay soils derived from shale, as well as in sandstone and quartzitic sandy soils. They grow exposed among rocks, often in crevices. The species is deemed near threatened in its habitat early in the twenty first century from overgrazing and trampling (Frandsen, 2017; Vlok and Schutte-Vlok, 2015; Smith, et al, 1998; Bond and Goldblatt, 1984; Wikipedia; http://redlist.sanbi.org).