Home » GENERA G-H » Glottiphyllum » Glottiphyllum difforme
Back to Category Overview
Total images in all categories: 11,506
Total number of hits on all images: 6,483,451 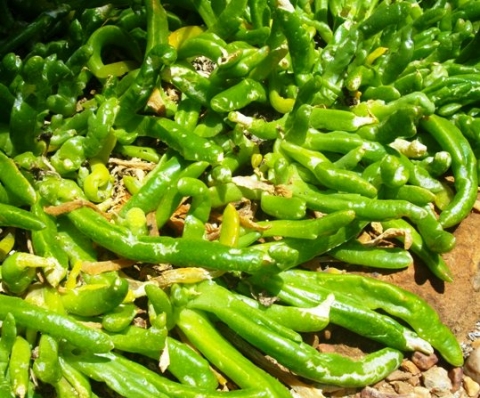 Glottiphyllum difforme produces a sprawling mass of comparatively thin succulent, green leaves. Leaves often have characteristic knobs on the upper surface close to the tips. They may be prostrate, forming a mat or occasionally erect, alternating in size.

The plant grows to about 15 cm and produces many-petalled yellow flowers. It retains the seed capsules for more than a season, as opposed to some other Glottiphyllum species that drop them early.

The distribution is in Karoo-like arid conditions in full sun or shaded under shrubs inland in the Great and Little Karoo. Several Glottiphyllum species are commonly known in Afrikaans as skilpadkos (tortoise food) or volstruiskos (ostrich food).

In cultivation a Glottiphyllum plant may grow differently, not recognised to be the same as those battling in harsh climatic conditions. This has caused the species list of about 50 to be longer than what it probably should be (Smith, et al, 1998; Van Jaarsveld, et al, 2000).