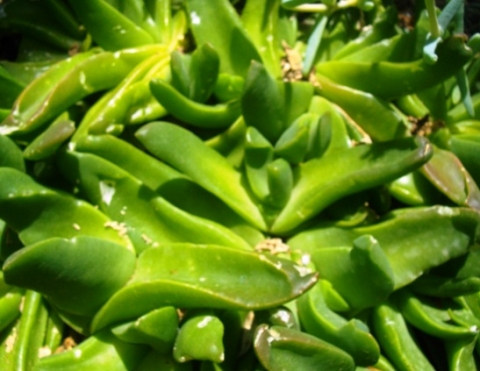 Glottiphyllum neilii is another member of the genus called volstruiskos in Afrikaans (ostrich food). It grows in the Great Karoo north of Prince Albert.

This plant should be distinguished from G. nelii that partly shares the same habitat in the southern Great Karoo, but is also found in the Little Karoo. The latter has shorter leaves. G. neilii sometimes gets a purplish green colour in the exposed positions where it often grows. The bright yellow flowers appear in autumn. It retains its seed capsules for more than one season (Van Jaarsveld, et al, 2006).