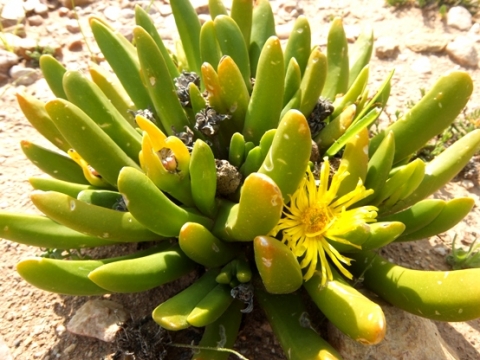 The species distribution is small, G. regium being endemic to the eastern Little Karoo from Calitzdorp to Oudtshoorn where this photo was taken. The habitat is gravelly slopes of loam soil in semi-arid conditions. The population in nature is decreasing, the plant considered to be endangered in its habitat early in the twenty first century.

G. regium plants are said to sometimes live for 30 years in habitat; but plant one, treat it well and it may reward you by lasting half that time… it almost always requires less water than people think (Smith, et al, 1998; Vlok and Schutte-Vlok, 2010; www.plantzafrica.com).