Home » TYPES » Trees » Cunonia capensis buds
Back to Category Overview
Total images in all categories: 11,506
Total number of hits on all images: 6,499,143 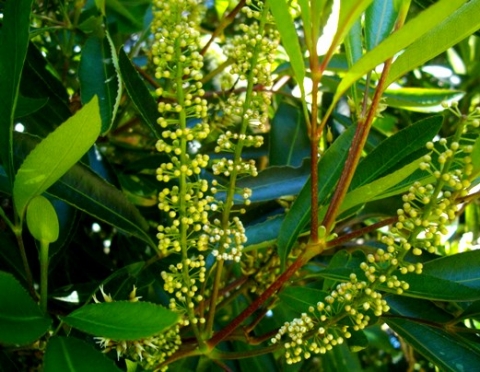 Spaced clusters of flower buds ready to open soon are visible in these young Cunonia capensis inflorescences. Each bud is a tiny, creamy sphere on a green stalk.

The often erect inflorescences are commonly called spikes, although both buds and fruit capsules have pedicels that may suggest racemes rather than spikes.

The Cunonia generic name is derived from the Dutch poet, Johannes Christiaan Cuno, who published an anthology about his garden in the 18th century. Whether he also was a botanist is not known (Coates Palgrave, 2002; Van Wyk and Van Wyk, 1997; Rycroft, 1980).