Home » TYPES » Shrubs » Hirpicium integrifolium
Back to Category Overview
Total images in all categories: 12,081
Total number of hits on all images: 7,379,120 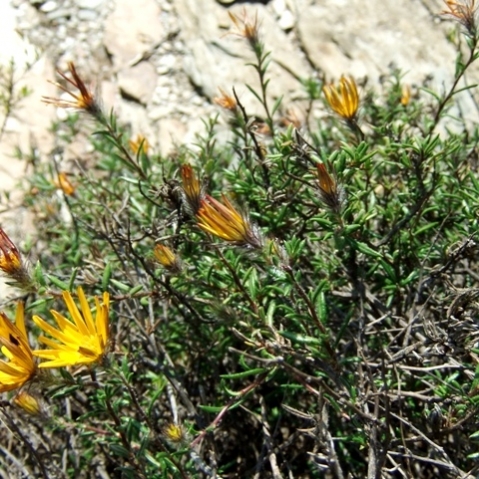 Hirpicium integrifolium, in Afrikaans known as haarbossie (little hair bush), is a much branched, rounded shrublet conspicuously covered in bristly hairs. The plant grows to 50 cm.

The distribution of the species is in the east of the Western Cape to the west of the Eastern Cape from about Worcester to Willowmore, mainly in the Little Karoo. The habitat is varied shrubland in clay soils. The plant is palatable to game and livestock, its presence a sign of well managed veld. The species is not considered to be threatened in its habitat early in the twenty first century.

There are 12 species in this genus of the Asteraceae family (Vlok and Schutte-Vlok, 2010; JSTOR; http://redlist.sanbi.org).