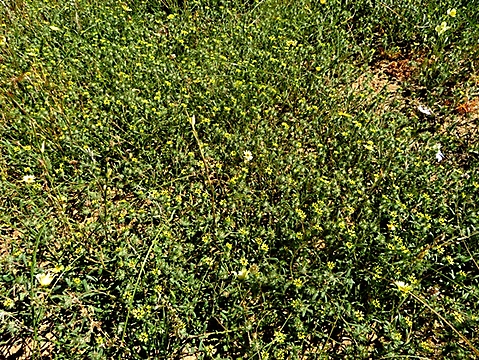 Few other flowers manage to announce their presence where Gorteria personata succeeds in a big way. A large colony in season gives an idea of what the plant can do as an invader, as happened in parts of Australia. In its natural state in Namaqualand and the Western Cape conditions generally prevent the plant from becoming annoying.

Where its regular climatic and other challenges or ecological enemies are absent, this may become another story. Especially when annual status is exceeded from comfortable living into becoming a perennial, as did happen with G. personata (Vlok and Schutte-Vlok, 2015; Manning and Goldblatt, 1997; https://florabase.dpaw.wa.gov.au).