Home » REGIONS » Biedouw Valley » Oedera multipunctata and admirer
Back to Category Overview
Total images in all categories: 11,506
Total number of hits on all images: 6,494,222 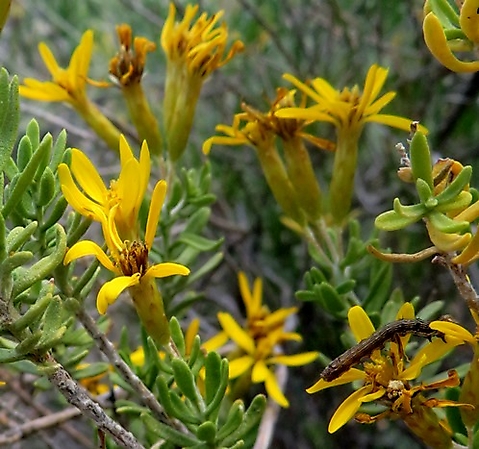 Oedera multipunctata has pale green, narrow leaves, only near the tips of its erect, branched stems.

These shrubs do well on the rocky sandstone slopes of their geographical distribution, less so on the arable flats where they compete with agricultural activities. Particularly rooibos tea farming affects their population numbers (Manning and Goldblatt, 1997; Bond and Goldblatt, 1984; iNaturalist; https://keyserver.lucidcentral.org).