Home » REGIONS » Biedouw Valley » Othonna parviflora single-stemmed
Back to Category Overview
Total images in all categories: 11,538
Total number of hits on all images: 6,621,746 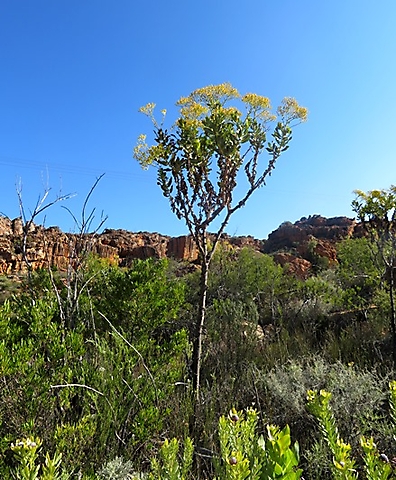 The Othonna parviflora plant in picture started off single-stemmed, branching only in a later growing season.

Height is valuable for visibility, given the large numbers of flowerheads to be pollinated; not so much in the strong winds known in the Western Cape.

Old, dry leaves have mainly dropped off from the lowest stem sections that were green in the perennial’s early seasons (Vlok and Schutte-Vlok, 2015; Manning, 2007).