Home » GENERA T-Z » Zaluzianskya » Zaluzianskya
Back to Category Overview
Total images in all categories: 11,276
Total number of hits on all images: 5,987,848 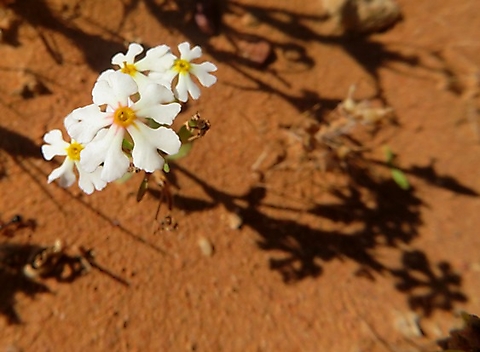 Zaluzianskya is a genus of annual and perennial herbs in the Scrophulariaceae family. The stems are erect, ascending, decumbent or prostrate, sometimes sparingly branched and leafy at the base or throughout. The hairs upon the stems are in some species glandular.

The leaves are opposite, subopposite or alternate on upper stem parts, sometimes also growing at the plant base. Leaf-shape is elliptic, ovate or lanceolate, sometimes obovate or oblanceolate. The blades are hairy or glabrous, the margins are entire or toothed.

The flowers are sessile or nearly so, usually growing in short, erect or elongated spikes. There are bracts near or against the calyx that is two-lipped, five-ribbed and pleated, its lips toothed.

The corolla is radially symmetrical, in some species laterally so. The corolla tube is long and cylindrical, slightly expanded in the throat and the outer surface usually hairy. The inside of the tube is hairless, although the mouth may be bearded. The corolla lobes are sometimes reflexed, otherwise spreading. These lobes have entire margins or are notched to forked into a Y-shape. Glandular hairs are sometimes present on the lobe outsides. Colourful species mainly open during the day, while some of those with white corollas and dull-red outer surfaces tend to being nocturnal.

Two or four stamens arise inside the corolla tube, near its top. There is a nectary near the base of the superior ovary. This two-locule ovary is elliptic in shape, tapering at its top into a thread-like style with flat stigma.

The fruit is a beaked capsule. The pale seeds are angled or winged.

There are 55 species, all in Africa. Some grow in the tropics, while 53 species occur in southern Africa, the perennial ones tending to the eastern region.

The plant in picture is Zaluzianskya affinis photographed in the Biedouw Valley (Leistner, (Ed.), 2000; Manning, 2009).