Home » GENERA G-H » Hermannia » Hermannia althaeifolia stems
Back to Category Overview
Total images in all categories: 10,169
Total number of hits on all images: 4,830,341 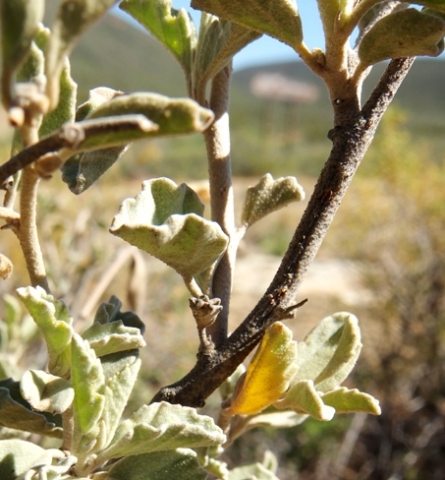 Previous
Image 5 of 59
Next

The young stems of Hermannia althaeifolia match the leaves in velvety hairiness. They are pale beige, becoming coarse and darker with age as they turn woodier, losing their hair.

Growing from a single stem, the plant branches much. It does not resprout after fire. H. althaeifolia enjoys a stable population in habitat in the twenty first century, not considered threatened (Vlok and Schutte-Vlok, 2010; iSpot; www.redlist.sanbi.org).