Home » GENERA G-H » Hermannia » Hermannia aspera
Back to Category Overview
Total images in all categories: 10,355
Total number of hits on all images: 5,058,644 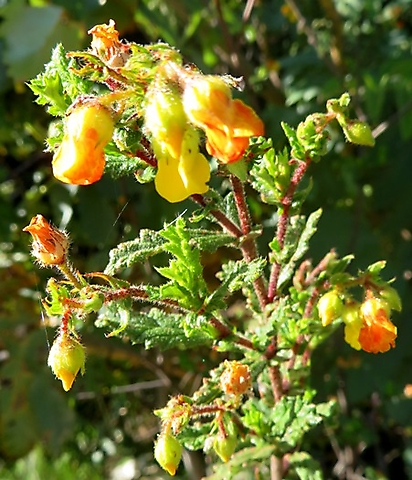 Previous
Image 6 of 65
Next

Hermannia aspera is a branched, single-stemmed shrub that grows to heights from 40 cm to 2 m.

The species distribution is in the southwest of the Northern Cape as far as the Kamiesberg, but mainly in the Western Cape where it is known from the Gifberg to Worcester and Caledon, the west of the Little Karoo around Ladismith and southwards to Riversdale. The photo was taken in the Biedouw Valley.

The habitat is dry renosterveld, fynbos and Karoo scrub on middle and upper slopes and plateaus of sandstone and granite. The species is not considered to be threatened in its habitat early in the twenty first century (Bond and Goldblatt, 1984; iNaturalist; https://casabio.org; www.worldfloraonline.org; http://redlist.sanbi.org).