Home » GENERA G-H » Hermannia » Hermannia althaeifolia
Back to Category Overview
Total images in all categories: 10,185
Total number of hits on all images: 4,846,028 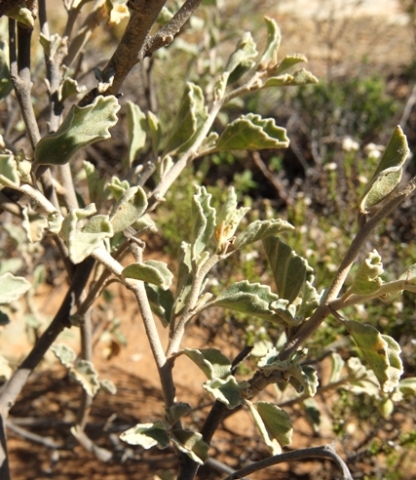 Previous
Image 3 of 65
Next

Hermannia althaeifolia, the woolly doll’s rose, is in Afrikaans known as pokkiesblom (pox flower); a name shared with some other Hermannia species. There is also bokkiesblom (little antelopes’ flower) around in the vernacular, thought to be a corruption of pokkiesblom... the connotation superior in charm.

The plant is a pale, softly hairy shrublet that becomes 60 cm tall. The distribution is in the Western Cape from the Cape Peninsula and Ceres in the north, eastwards to Port Elizabeth on stony lower slopes and flats in both clay and loam soils. It may be abundant after fires or on disturbed ground.