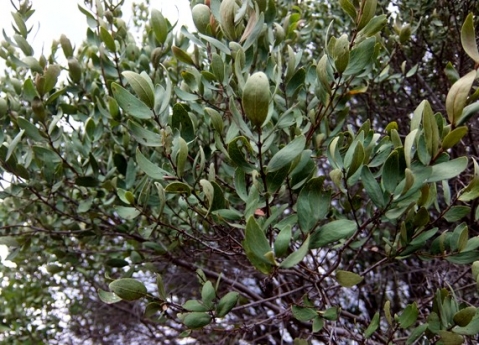 Previous
Image 2 of 30
Next

The tree is distributed throughout the eastern parts of South Africa and along the south coast of the Western Cape. It also occurs in Zimbabwe and other countries of southern Africa.

A second subspecies, viz. subsp. ovata is densely hairy and occurs in a narrower distribution in the southern Free State, a small part of the north-eastern Cape and westerly to Kuruman, Kimberley and Botswana.

The habitat of E. crispa is varied: it includes grassland, bushveld, open woodland, forest margins and rocky hillsides from the coast to 2000 m. The species is not considered to be threatened in its habitat early in the twenty first century (Coates Palgrave, 2002; Pooley, 1993; Schmidt, et al, 2002; www.redlist.sanbi.org).