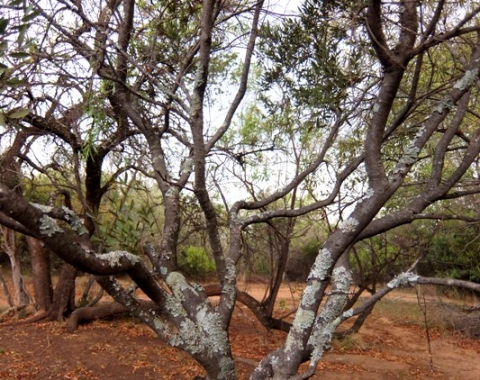 Previous
Image 7 of 27
Next

The branching, often crooked upper stems of Euclea crispa subsp. crispa spread. They usually give the tree a rounded crown in locations where it has sufficient space to expand according to its nature.

As this tree grows easily from seed, it forms monoculture stands in grassland as a pioneer, or abounds among other species in woodland or bushveld. Where the space is lacking, the tree is forced to branch less, endeavouring upwards more diligently via a single or few stems, to reach sunlight (Coates Palgrave, 2002; Pooley, 1993; Schmidt, et al, 2002).