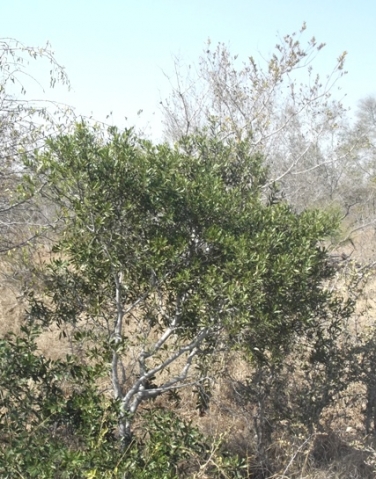 Euclea natalensis, the Natal guarri, is a variable shrub or small tree that grows in different guises from Langebaan and the Cederberg across the Little Karoo and the Eastern Cape through coastal KwaZulu-Natal to Swaziland, Mozambique and Botswana. A series of subspecies of the tree has been recorded, associated with parts of this wide distribution.

This subspecies is usually only a shrub growing from 2 m to 5 m in height. It is found on rocky bushveld outcrops at altitudes varying between 300 m and 900 m from eastern Botswana through Mpumalanga to south-eastern Zimbabwe (Coates Palgrave, 2002; www.plantzafrica.com).