Home » GENERA D-F » Elegia » Elegia tectorum
Back to Category Overview
Total images in all categories: 8,890
Total number of hits on all images: 3,864,909 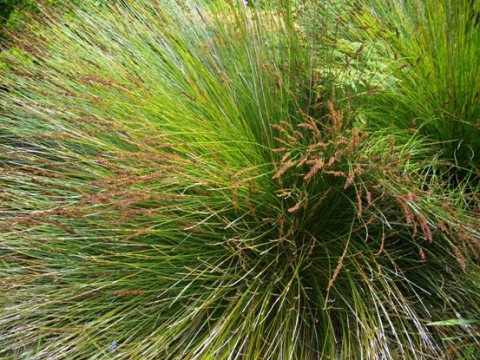 Previous
Image 8 of 12
Next

The Cape thatching reed or Elegia tectorum is one of many plants used by the different cultural groups in southern Africa over time for thatching homes or roofs. It is an age-old art passed on from generation to generation. Differences between methods and styles of housing for which restio, reedy and grassy plants have been used, are related to plant availability and climate of different areas, as well as to the cultures and times.

Elegia means song of lamentation in Latin. The lamentation could be imagined to relate to being homeless in this part of the world in winter. Go check out by one of these plants when the next gale blows whether the wind song does it for you!

Tectorum means roofing in Latin, referring to the common usage made of the plant (Manning, 2007; Van Wyk and Gericke, 2000; www.smgrowers.com).