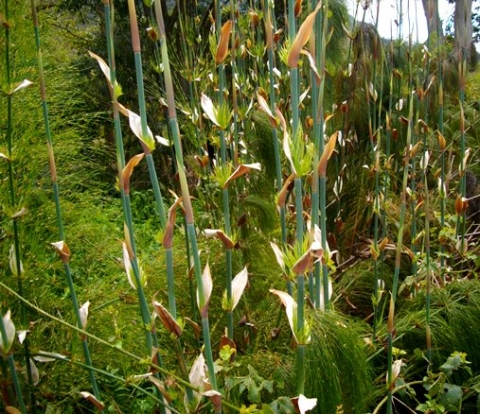 A sheath grows from each node before the shock of wiry, thin, sterile branches appears there. Initially the sheath adheres to the cylindrical green culm, folding around it. As soon as the tuft of pale green branches starts growing inside the sheath at the node, the sheath is pushed away from the culm at an angle, exposing its whitish inner surface.

When the branches become long and lush the sheath persists, although pushed down by the dark green growth that hides it (Dorrat-Haaksma and Linder, 2012).