Home » GENERA D-F » Elegia » Elegia tectorum
Back to Category Overview
Total images in all categories: 8,878
Total number of hits on all images: 3,859,044 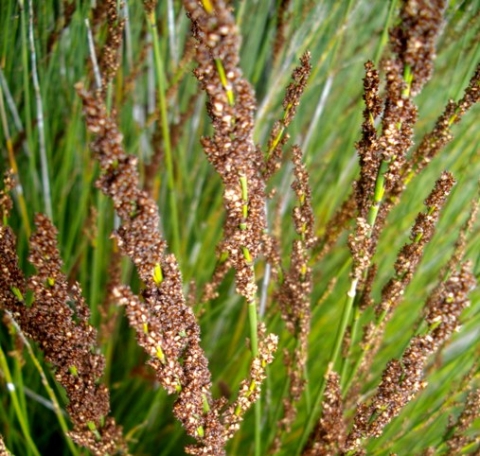 Elegia tectorum, commonly known as Kaapse dekriet in Afrikaans, was for long known as Chondropetalum tectorum. It comprises an erect, rhizomatous tussock of a multitude of culms, a tufted clump. Plants grow to more than 1 m in marshes and seeps in the Western and Eastern Cape.

The culms are dark green and unbranched. The bract-like sheaths are deciduous, leaving conspicuous dark rings on the culms where they drop off in summer from most Elegia plants. In some restios these sheaths do not drop off. The male and female flowers of Elegia plants grow on separate plants (Manning, 2007; www.smgrowers.com).