Home » GENERA A » Arctotis » Arctotis auriculata
Back to Category Overview
Total images in all categories: 11,635
Total number of hits on all images: 6,753,033 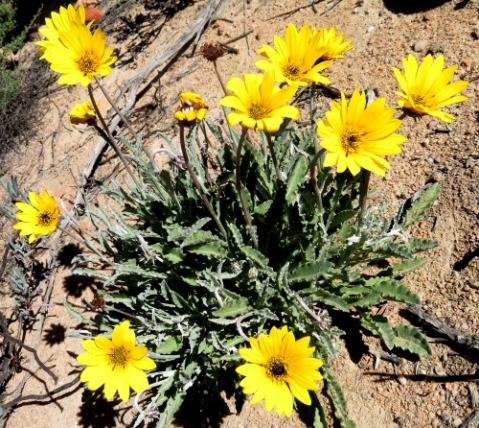 The hairy to velvety plant grows in the Northern Cape and the northern reaches of the Western Cape to around Clanwilliam; also found in Namibia. The photo was taken at Naries near Springbok during August.

The habitat is open, sandy flats and gravelly slopes in arid winter rainfall conditions. The species is not considered to be threatened in its habitat early in the twenty first century (Le Roux, et al, 2005; Bond and Goldblatt, 1984; iNaturalist; http://redlist.sanbi.org).