Home » GENERA A » Arctotis » Arctotis arctotoides
Back to Category Overview
Total images in all categories: 11,779
Total number of hits on all images: 6,931,820 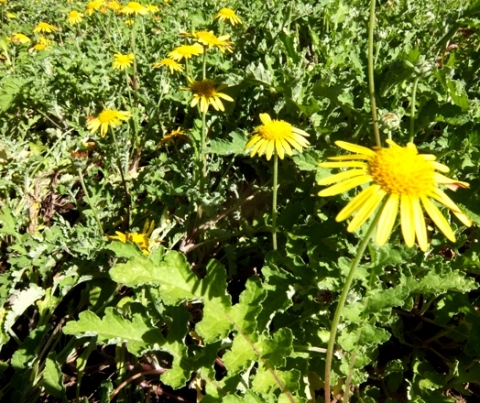 Arctotis arctotoides is a creeping perennial, a decumbent herb with straggling, branched stems.

The plant is distributed widely in the eastern summer rainfall parts of South Africa from the Eastern Cape coast northwards as far as Gauteng, excluding northern KwaZulu-Natal and Mpumalanga.

The plant thrives in moist areas, marshes and stream banks, but is also seen along roadsides, hardy when conditions are tough, although less lush.

This is the plant that used to be called Venidium arctotoides in the past. It was or is used in traditional medicine in the Eastern Cape in the treatment of various ailments, including secondary fungal infections in HIV patients (Manning, 2009; Gledhill, 1981; iSpot; www.plantzafrica.com; http://www.ncbi.nlm.nih.gov).