Home » TYPES » Trees » Spirostachys africana trees keeping to themselves
Back to Category Overview
Total images in all categories: 11,528
Total number of hits on all images: 6,611,605

Spirostachys africana trees keeping to themselves 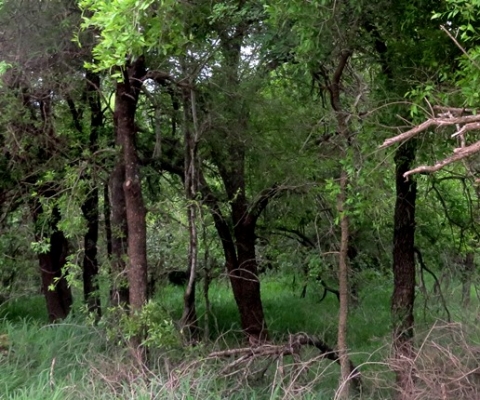 Tamboti trees tend to form dense stands in suitable areas, rather than random scattering among the veld trees happy to mix it. A brackish flat or riverine patch in mixed or sour bushveld may abruptly contrast against the surrounding bush by dense shadow and erect pillars, all the trunks in the clump or little forest tamboti.

A good place for prayer as black rhino, disturbed in its chewing and musing may suddenly move in fast from very close. They eat tamboti, avoided by many that may in turn avoid them.

The photo was taken in December when the tamboti canopy can be expected to be near its densest for the year. The place was the section of the Mjejane Game Reserve that can be explored on foot. No black rhinos were seen (Coates Palgrave, 2002; Smith, et al, 2002).