Home » TYPES » Trees » Sterculia alexandri
Back to Category Overview
Total images in all categories: 11,528
Total number of hits on all images: 6,611,329 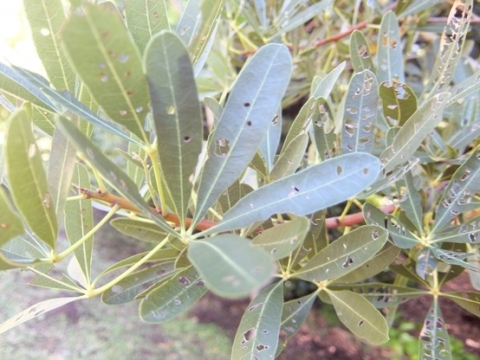 The species distribution is restricted to parts of the Eastern Cape near Port Elizabeth and Uitenhage, notably in the Van Stadens River gorge and in the Baviaanskloof near the Kouga Dam.

The tree’s habitat is forested riverbanks or scrub thickets in steep gorges and on sheer slopes. It is considered vulnerable in habitat early in the twenty first century (Coates Palgrave, 2002; Gledhill, 1981; http://www.iucnredlist.org/).