Home » TYPES » Trees » Englerophytum magalismontanum
Back to Category Overview
Total images in all categories: 11,506
Total number of hits on all images: 6,494,371 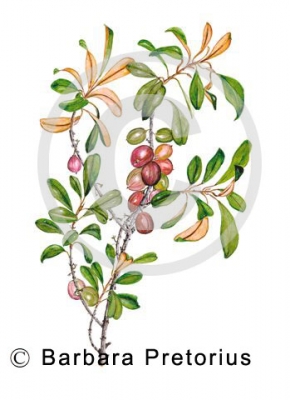 Englerophytum magalismontanum is more often a shrub than a tree when growing in the open, but reaches heights from 3 m to 10 m when stimulated by surrounding vegetation (SA Tree List No. 581).

The Afrikaans name stamvrug (stem fruit) is soon learnt by those that acquire the taste for these sweet, red fruits, popular in their summer season. Rich in vitamin C, the animal, bird and human stamvrug consumers are motivated by other considerations than nutritional details.

Sangomas and other traditional healers use the fruits and roots of the plant in infusions for treating certain ailments. When roots and bark become medicinally important, risk multiplies for the plant in question. This species is fortunately not considered to be threatened in its habitat early in the twenty first century.

Those that know Englerophytum magalismontanum well as a small, hardy shrub adapted to harsh conditions, e.g. on top of the Magaliesberg for which it is named, marvel at the big tree it sometimes becomes in the kloofs by the popular mountain streams. The species distribution is widespread north of the Vaal River, northern KwaZulu-Natal and into tropical Africa (Coates Palgrave, 2002; Schmidt, et al, 2002; www.redlist.sanbi.org).