Home » TYPES » Herbs » Ballota africana
Back to Category Overview
Total images in all categories: 11,239
Total number of hits on all images: 5,948,394 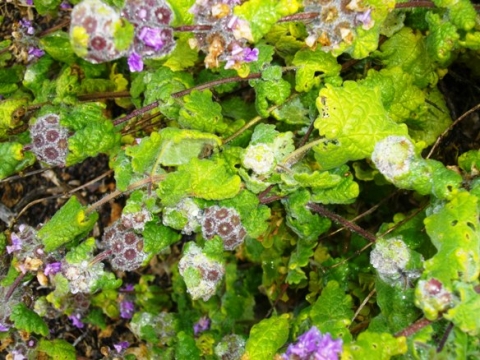 Ballota africana, commonly known as catmint, is an aromatic herb with an unusual appearance. The grey colour is due to the hairiness of the leaves and stems. Stems are notably square.

The leaves are opposite and often point downwards. The pink to purple petals drop off early from the whorled flower-head, leaving the prominent brown calyx as a striking feature of the plant’s appearance. The plant has a long flowering season from autumn into early summer.

Only one of the 33 species of this genus of the Lamiaceae family occurs in South Africa. It is found in the Western, Eastern and Northern Cape, as well as in the Free State.

The varied habitat includes fynbos and scrub in rocky places, sometimes where the natural vegetation has been disturbed. The species is not considered to be threatened in its habitat early in the twenty first century (www.plantzafrica.com; http://redlist.sanbi.org).