Home » HABITAT » Forests » Buried in the subconscious
Back to Category Overview
Total images in all categories: 10,191
Total number of hits on all images: 4,848,581

Buried in the subconscious 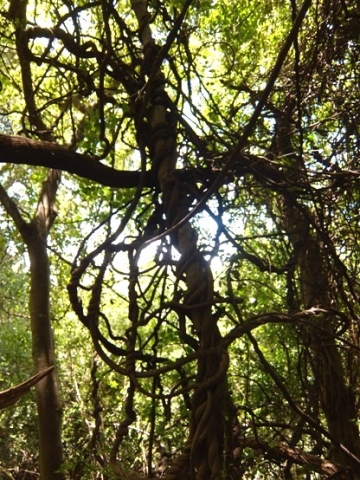 Previous
Image 3 of 27
Next

The earliest humans probably spent much of their time in forests when and where it wasn’t too desperately cold. Very low temperatures during the five major glacials or ice ages tested survival skills of early humans (or those of their primate ancestors) to the limit. Earliest intelligence chose fire and cave as the smart moves of the day.

But food, firewood and usually water still had to be found outside, often from the forest. The huge forests of long ago protected and supplied our ancestors while simultaneously threatening them. An eternally present, vaguely sensed Nemesis, assuming numerous fearful forms, would live near them in the dark forests.

Trepidation extrapolated from known threats conjured fearful, fanciful images fed by superstition. Fingers pointing into the darkness would guide terror-stricken eyes to all that lurked and lingered along the perimeter of primitive consciousness.

Safety in numbers by the welcome heat and light of the fire allowed early people respite, barring the occasional fearful glance over the shoulder into the unknown of the mighty forest.

Tree and forest are deeply embedded in the human psyche. Angst and images can be conjured from inside unexpectedly; and longings. Looking at a natural forest always involves an element of recognition defying clear articulation. Without the small and big human victories during early forest life, humanity’s tortuous trip through time on earth would have already ended.