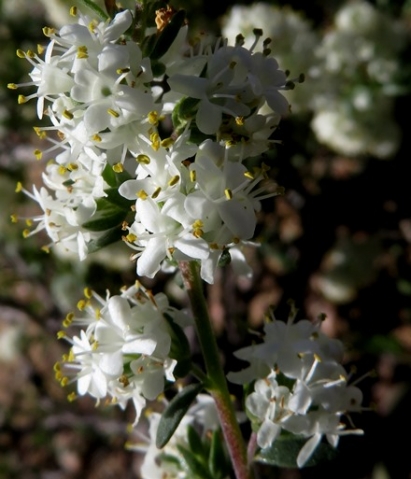 Flowering white with no mauve this time, this Selago divaricata plant in picture is in full production at Naries in Namaqualand during August. A multitude of corolla lobes spread into each other from closely clustered flowers that have no stalks.

The smaller lip of the two-lipped corolla consists of a pair of equal, short lobes with rounded tips. The bigger lip has a long, oblong central lobe flanked by an equal pair of shorter ones. This flower shape feature is shared by many Selago species (Williamson, 2010; Le Roux, et al, 2005; iNaturalist; JSTOR).