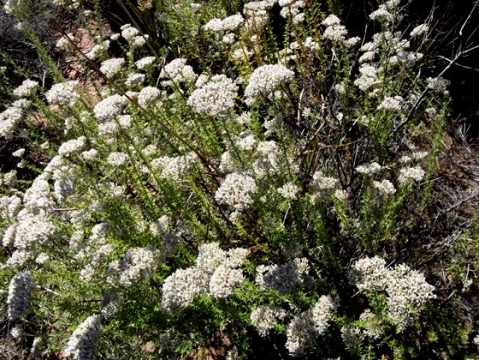 Selago dolosa is a many-stemmed shrublet reaching 60 cm in height. Branching occurs mainly low down, the leafy stems erect. The species resembles S. corymbosa that overlaps its distribution in the south of the country.

The plant occurs in various habitats including fynbos and renosterveld. It is not considered to be threatened in its habitat early in the twenty first century (Vlok and Schutte-Vlok, 2010; Andrew, 2017; iSpot; www.redlist.sanbi.org).