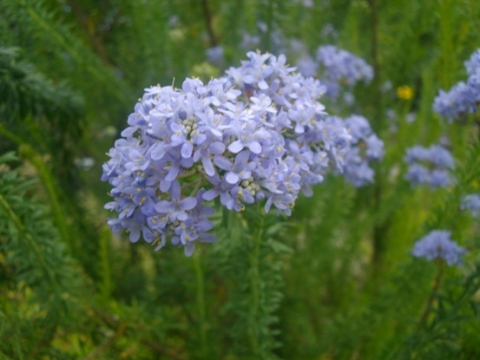 Previous
Image 2 of 26
Next

Selago aspera is an erect shrublet that grows up to 30 cm on lower fynbos slopes on sandstone as well as limestone soils between Agulhas and the Eastern Cape. Several species within the Selago genus are known as bitterbushes.

The flowers are pale mauve or white on short stalks in dense spikes or clusters at stem tops. The calyx is cup-shaped and five-lobed. The corolla is funnel-shaped, five petal lobes opening wide at the mouth. There are two pairs of stamens in the flower, some protruding from the mouth, as does the stigma (Bond and Goldblatt, 1984; Mustart, et al, 1997).