Home » GENERA I-L » Lithops » Lithops hookeri
Back to Category Overview
Total images in all categories: 9,597
Total number of hits on all images: 4,315,380 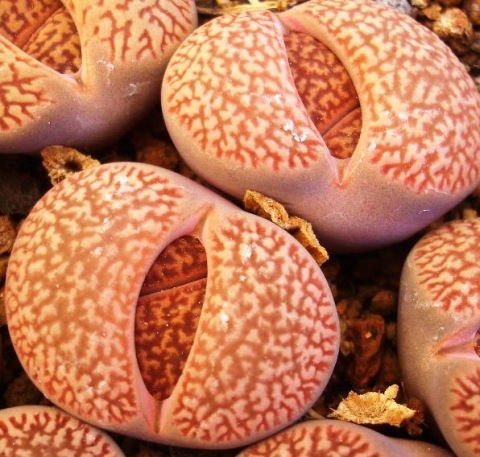 Lithops means stone-like and these small plants are often missed among the stones on the ground they resemble. There are many species of Lithops in southern Africa. Even within the species of Lithops hookeri at least six varieties have been described in the literature.

This one may be variety marginata. Even that one has a series of colours ranging from cerise to green, brown and purplish, apart from other colour variations that make identification tricky.

Every growing season brings a pair of new leaves, emerging from the central slit between the pair of leaves. The flowers appear from the same place. Old leaf pairs wither away annually on the outside.

There are darker, translucent patches on the nearly flat upper surface. This feature facilitates light penetration and photosynthesis (Wikipedia).